Jammu is known as the princely city owing to its rulers of the Dogra dynasty that stayed in Jammu in their royal palace. Amar Mahal Palace is that beautiful palace, which was once the residence of these kings.

However, now the palace has been converted into a museum that preserves the royalty and pride of the former Dogra kings. Situated on a hillock on the banks of Tawi River, the palace offers great views of the valley as well as the Sivalik Hills.  Designed by a French architect and built in a castle style with red bricks, sloping roofs and tall towers, Amar Mahal palace was once the tallest building in Jammu.

Gulab Singh Jamwal was the first ruler of Dogra dynasty. He founded the state of Jammu & Kashmir in the mid-ninteenth century. During British India, the state was established as one of the largest princely states and was ruled by Gulab Singh and his descendants till 1947. Maharaja Hari Singh was the last ruler of the state. The Indo-pak partition gave rise to the Kashmir conflict and to save his state from being invaded by Pakistan, Maharaja Hari Singh accepted his state to be a part of India. Yuvraj Karan Singh, the son of Hari Singh voluntarily gave up the title of Maharaja and abolished all official symbols and privileges of princely India. He accepted the position of the constitutional head of the state and successively served as the Governor of Jammu & Kashmir. He received many awards including Padma Vibhushan in 2005. He also became the youngest ever member of the union cabinet.

There are four chambers in the palace that are open to public. The entrance gallery displays pre-history and early history of Jammu, Early Dogra history, Life history, achievements and awards of the Dogra Rajput Kings and their royal pictures.

The next chamber takes you to a collection of rare antique books on diverse genres. The museum houses approximately 2500 books scattered in different chambers of the palace.

There is a chamber where beautiful paintings are on display, This section is an art-lover’s delight.  No photography is allowed here. The paintings depict scenes from the great Indian epics, Mahabharata and Ramayana. Also, there are paintings exhibiting Dogra culture, Lord Vishnu’s Dashavatara, and modern art. Paintings of some famous artists like Laxman Pai and M.F. Hussain are also on display.

The palace has long passages on three sides and as you walk through the passage at the backside, you’ll be greeted with great valley views and sometimes the cool breeze.

There is this much-talked-about golden throne housed in a hexagonal room at the back of the palace. The kings of Jammu used to sit on this throne during their reign. It is made of pure gold and weighs around 120 kg. One can only get a glimpse of this throne through clear glass. The throne room is under high security and guarded by two armed guards.

There’s an exclusive chamber in the palace which is optional to see at an additional cost of Rs 100 per person.  We saw most people skipping that chamber, but my curiosity didn’t let me do that. So, I bought the tickets to the exclusive living quarters of Maharani Tara Devi.  Also, known as the Maharajmata, Tara Devi stayed in this part of the palace till her death in 1967. A guard personally escorted us to this chamber.

One needs to take stairs till third floor where her chamber lies. I spotted an old style escalator which of course wasn’t for the visitors. But it was quite amusing to see this vintage  escalator. I really loved what I saw in the chamber. This corner of the palace preserves the royal memories of the queen in their original form.

Here we saw Maharani Tara Devi’s living room consisted of a bed made of silver, a dressing table, an altar, rare photographs, crockery and many other artefacts and gadgets of those times. Everything was tastefully decorated.

Her wardrobe displayed her royal dresses, shoes and accessories.

Her spacious Victorian restroom equipped with a bath tub, towel and her collection of perfumes.

Just opposite to the museum is a park where you can find a statue of Gulab Singh (the first ruler of the Dogra Dynasty) sitting on a galloping horse.  There’s a display board where you can read more information about him.

Adjoining the Amar Mahal Palace is a heritage Hotel Hari Niwas Palace where you can book a luxury stay, or just to have a delicious dinner with valley views. 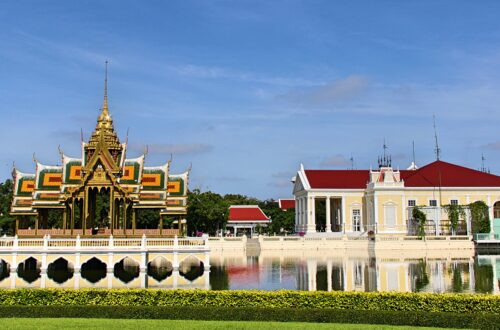 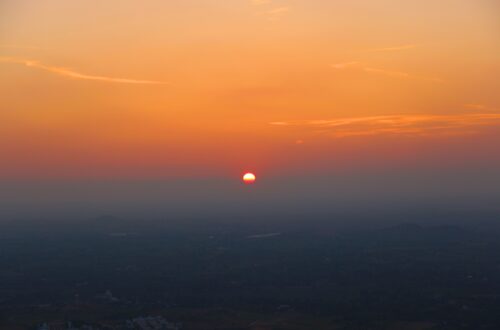 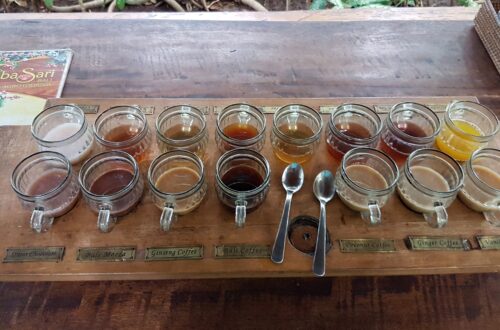 Coffee And Tea Tasting in Bali A free-spirited wanderer with a crush on the world.. a restless ball of energy with a curious mind and zest for life.. Post graduate in English Literature and former Assistant Manager – Royal Bank of Scotland Group. Banker by chance, Traveller by choice and Writer by heart..